Salaries or dividends ? Let us explain

Let us explain salaries and dividends from a tax perspective if you are a limited company director.

If you own a business, then there’s a good chance that you’ll want to know the best way to pay yourself – especially from a tax perspective.

As a company director/owner, you’re entitled to a salary, but because you also own a stake in your firm, you can also get paid in dividends income too.

The way everything works in practice can seem a little complicated so in this article, we’re going to break it all down and make it a lot more understandable.

How To Divide Up Your Income

As a company director/owner, you can draw on two distinct income streams from your company. The first is a salary, and the second is a dividend.

Salaries get paid out of the company revenues while dividends come from company profits.

The revenue is the total amount of money that your company gets paid for all of its operations. It excludes both business costs as well as any taxes on profits.

Net profits, on the other hand, are what’s left over after you’ve paid all your staff and suppliers, as well as the tax man.

In a private company, the profits get shared out with the owners according to the percentage ownership each person has in the firm.

The question for director/owners is how to allocate their income to save as much money on tax as possible.

The first step is to make sure that you record all expense in the company accounts.

Expenses include any money you spend on things like cost of sales, mileage, travel, and subsistence, all of which you can offset against your income and therefore reduce the corporation tax.

The next step is to decide how much salary you will take from the firm.

Most director/owners take as small a salary as possible to save on.

Many take out a salary up to the personal allowance – the point at which the basic rate of income tax kicks in.

To make ends meet, director/owners then take the rest of their income in the form of dividends.

However, subject to IR35 considerations, a low-salary-high-dividend ratio is customarily preferred to save on National Insurance.

Company owners can take dividends from company profits after corporation tax has been taken away by the tax authorities.

Dividends are still counted as personal income and subject to additional dividend taxes, as set out above.

Leo Wagner and his team are consistent and reliable and provide an excellent service.

You would think that what mattered most would be how much income you took home in total, whether it was as “salary” or “dividend,” but this is not how it works in practice.

Taking too much of your income as salary can cost you more in national insurance, thanks to NI rules, so it’s worth considering the following points:

There is no NI to pay below these thresholds.

As such, there is less risk of wasting your personal allowance.

Your accountant should understand this.

Some people think that paying oneself a salary that is too low is unethical.

Others may believe that the tax rates themselves are unethically high.

The choice of how much to pay yourself in salary, therefore, depends on your personal beliefs.

You may also want to consider paying a salary at which you begin accruing state pension and benefits rights.

These begin after you earn and declare £6,136 in salary in a given tax year.

How Much Salary Should You Pay Yourself?

When it comes to paying oneself a salary, there are no hard and fast rules.

However, some salary payments may be more tax efficient than others.

Many director/owners choose to pay themselves a basic salary of £12,000 per annum.

This ensures that only a small amount of NI is paid while at the same time, making a nice round figure.

For other people who are part of the business, like the spouse or secretary, paying a salary of £8,632 ensures that no NI is due (since it is below the threshold), and that a person starts accruing state pension and benefits (since it is above the minimum threshold).

The choice of how much to pay oneself through wages might depend on your ethics.

If you believe that the government get enough tax from indirect taxation such as duty/tax including VAT on alcohol, tobacco, fuel, insurance and flights and want to pay as little tax as possible, then you may choose a salary closer to the NI threshold, around the £8,632 per year figure.

Get in touch with Wagner Associates, specialists in personal and corporation tax.

How To Set A Dividend Level

You can take dividends from your company as often or as infrequently as you like assuming you have enough company profits to do so and depending on your day-to-day and year-to-year needs.

However, taking dividends and holding them as cash in your bank account probably isn’t a good idea.

The problem with doing this is that your dividends will count as income, and you’ll be forced to pay the higher rate of income tax on any money that you draw on above the basic rate tax threshold.

You could end up with a large tax bill.

Of course, if you need the money there and then, and you don’t have a choice, then it will count it as income in that particular tax year.

If, however, you can afford to wait, then you may be able to draw down on your profits in a subsequent tax year (after 5th April) when your income is lower, saving you money.

Let’s say that you spend some time out of work or receive a drop in orders for your services in a future year.

If you keep the profits/money in your company and not draw out as dividends, then you may be able to draw on them during a year in which you don’t earn as much, and have avoided higher rate tax in the process.

How often you draw on your dividend depends on you.

However, most director/owners do so irregularly or every quarter or – not on the same day every month.

You should note that director/owners can pay interim dividends, but final dividends need the approval of shareholders.

If dividends accrue in the year-end accounts but are not paid, then dividends are usually considered to be approved on the same date as the accounts.

This could be in a new tax year, so be careful when paying/not paying and approving dividends, the timings could be critical.

It’s important to note that you can only pay dividends from profits.

You need to check that you have sufficient accumulated earnings in your business to pay the dividend and that other payments do not eat into the sum from which you can draw a dividend.

For instance, you should subtract money that you owe creditors from profits.

Not doing this means that you could be overestimating your profit reserves and, therefore, the amount of money you take as a dividend.

You can save more money on tax by making sure the company is owned in a tax efficient manner in terms of tax thresholds.

For example, you could add more shareholders to the company, maybe family members, who have an unused personal allowance.

A young person or partner, for instance, could be an ideal candidate from a tax point of view for an unused allowance.

There are rules around tax planning that you may need to consider if you plan to do this. 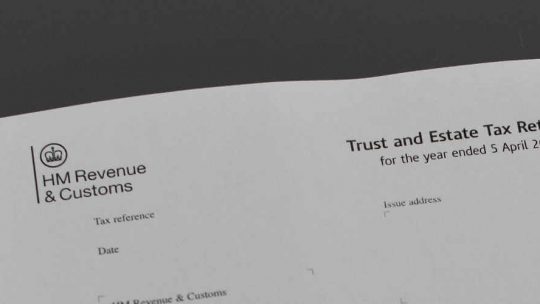 We will look at 21 ways in which you can reduce your Inheritance Tax bill and leave more of your assets in the hands of...

How much tax should my company pay?

We outline how much tax a limited company should pay but first an introduction. Quick Links Introduction to limited...